Oftentimes in life we will need to make decisions. What will be the motivation behind those decisions? I think that it will depend on who we are hanging out with, what books we are reading and on our prayer life at the time. One day we will also realize how much the good turns in our lives had to do with the people who were praying for us.

Here’s a little story of some good decisions I made when I was foot loose and fancy free. Oftentimes I look back in gratitude because I realize it was simply a grace, one that I thankfully cooperated with, and that things could have SO went the other way.  I had the right information at the right time.

I was twenty-one and from all outward appearances, life was treating me good and I had it made! Looking pretty good, aren’t I?  😀

A young lady, in my blossoming prime, I was off to a good start on my “career” in the big city of Regina. Regina was the capital city of the Province of Saskatchewan in the middle of Canada. It had lots to offer….if you like the glamors of the big city…the good, the bad and the ugly.

I was a dedicated young lady working as head secretary of an office. I was 21, had full run of the office, called the shots and had the job of hiring and firing. I would say for someone my age it was a position that was indeed coveted.
I had started working there when I was 17 during the summers as a part time help to an elderly woman who had been working there for years. She decided to retire, and they asked me if I wanted the job! I jumped at it!

It was a job with much responsibility and I handled it well. I was able to buy myself a brand new car…a 1985 Mercury Cougar!

It was pretty slick. I had an apartment of my own and the freedom to do what I wished.

A new computer program had been introduced and they were flying me to the United States! Anyone from Canada would look at that as a REAL opportunity! I was going to New Holland, Pennsylvania to take part in a computer seminar where an employee from each of the offices throughout North America was going to meet!

We were wined and dined while we were there. We ate seven course meals and shoo-fly pie. It was really neat to see the carriage-drawn Amish families and learn of their lifestyle. I rubbed shoulders with some of the big-wigs of the company, which was pretty interesting, too. It was all new, fascinating and heady.

I enjoyed the pampering and I was intent on learning this program as best I could.
I came back from that trip and began to incorporate the new program into our office. The boys in the back warehouse looked on me with a new respect.
I had a lot of things going for me.

In hindsight I can see now that I was one of the fortunate ones. I was fortunate because in my young life, I had struggled enough that I did not glory in all of this. It could have went straight to my head but instead there was an extreme empty ache.

I had  already had lots of obstacles. I grew up in an alcoholic home. It was not an abusive home but the influence of alcohol had wreaked its havoc and this had caused me to suffer. This suffering was good. Isn’t that the way? At the time, those things that are most painful, become our greatest gifts. Looking back, I am very grateful.

You know what they say, “Pain is Gain.” My gain is that it caused me to search for what life was really about. While everyone around me was falling into the sins of youth that would take them years to climb out of, if they ever did, I was searching.

The answers to life didn’t come easy. I knew that God was in the picture, I knew that He was the answer to man’s search for happiness but I didn’t know how to apply that.

I was born and raised a Catholic and I attended Mass. Unfortunately, things were pretty liberal in the Church at that time. I did not know about the True Presence of Christ in the Eucharist until well AFTER I graduated….thirteen years of Catholic school, rubbing shoulders with priests and nuns!

I remember, at this particular time, I talked to my sister-in-law’s mother. She was a woman I respected…a simple, warm-hearted housewife with a great love for her family.

I was wondering what I should do….where my search would take me? My closest friends were leaving the Church. Nothing was there for them.

There was an Alliance church down the way. The pastor was dynamic and animated and was drawing many of the youth to his side of the fence….yes, even my closest Catholic friends.

Then there were the ones who drifted over to the Pentecostal Church…..

Mrs. Botelho, that dear Portuguese woman who prayed the rosary every day,  looked me in the eyes and, with a conviction that spoke volumes, said with her heavy accent, “Whatever you decide to do, Leane, don’t leave the Catholic Church.”

I hung onto that.

In the meantime, immersed in  urban life mentality, surrounded by worldliness, I struggled.

It was at that time that, through my mom, I got a hold of some good old Catholic Books. You know, those ones you find at garage sales or church sales because they were obsolete.

They had their effect on me and I found out that truth is never obsolete. It is never-changing and eternal.

I read ones that especially pertained to motherhood and youth. Books like Clean Love in Courtship

, The Catholic Youth’s Guide to Life and Love

. They were my saving grace. They helped me to form a purpose for my life but I did not know how it would unfold.
One thing I knew for sure –  this career was not the life for me. I had decided what I wanted. I wanted to be a wife and mother. I wanted a large family. And I could see that the position I had, coveted as it seemed, was not getting me any closer to the goal I really wanted.

I realized I had to make some changes. In spite of the rueful looks, shaking heads and bewildered relatives, I gave my two week notice, trained the next secretary that had been hired out of many, many resumes and ended up leaving that job.

My friends already knew I was weird so it didn’t surprise them. 😀

I knew what I was doing. I didn’t know exactly where the path would direct me but it was the beginning for me of a journey that would lead me to work at a little Catholic shrine in North Dakota for a dear priest who taught me to love my Catholic faith. I consecrated myself to Our Lady there and I met my future husband. 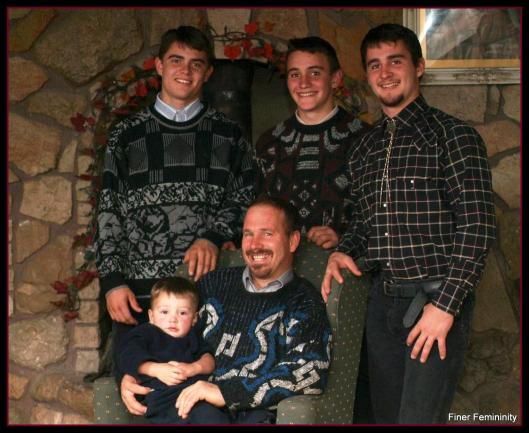 I have never regretted those decisions. “Seek first the kingdom of God and all these things shall be added unto you!”

The way was not mapped out for me in a letter from God. There was much of “self” involved in my decisions….many stumblings. We are human, after all. God works in spite of our humanness, as long as we are of good will. That is why I am indeed grateful where my path led me and that I was given the grace to say “yes” to Him.

He did not say it was going to be easy, but it is simple. There have been many bumps, many struggles and many, many joys!

With eleven wonderful children, and (almost) sixteen grandchildren, I feel very blessed. They are all living close by and life is grandly busy, hectic and full of love. 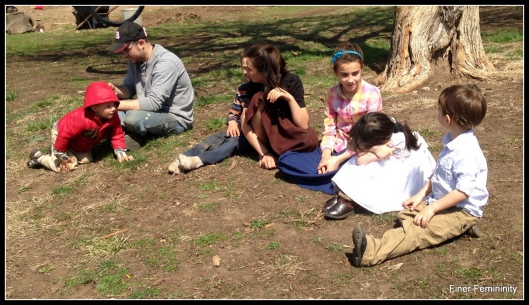 So….if your heart is telling you to make some hard decisions for the sake of your faith, your future or your family, know that you will be paid back a hundredfold for it!

At the time it may not be apparent. You may get backlash from family and friends. It may seem like that black cloud is settling and not going to leave. But eventually the clouds dispel, and you can see where God has blessed you in many, many ways.

Do not be afraid to take the steps you need to take in order to keep your faith and your family first in your life! God is not outdone in generosity!

13 thoughts on “Is Your Faith First?”