Life has its moments of mystery, its moments of joy, and its moments of pain….
It is with pain that I ask you to pray for a dear friend, Father Kenny Walker, FSSP, who probably all of you have heard about by now.
Father was shot and killed Weds. evening, June 11, 2014. You can read about it here.

We felt close to Father Walker. When he was a seminarian he would come over often with his mother, Amy, to have tea. Many smiles and stories were exchanged.

A few years back, Father, who was then a deacon, was here for the summer staying with his parents. Our family was going through a particularly trying time. His support, his presence and his kindness was a true comfort to us. We will always remember his goodness to us.

He always had a smile…his keen sense of humor was always ready to take part in a laugh or two. His beautiful soul shone through his personality. He had a sincere brightness about him, a true “Joy of the Lord“!

Father Walker, with Vincent beside him, leading us in prayer: 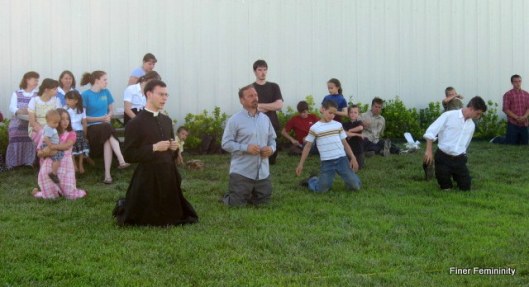 The kids enjoyed his companionship during the games they played with him. He was very good at ping-pong and few could rival him.

Fr. Walker, with Father Terra, the priest who was with him and who was taken to the hospital in critical condition.  Fr. Terra gave Father Walker absolution before he died. 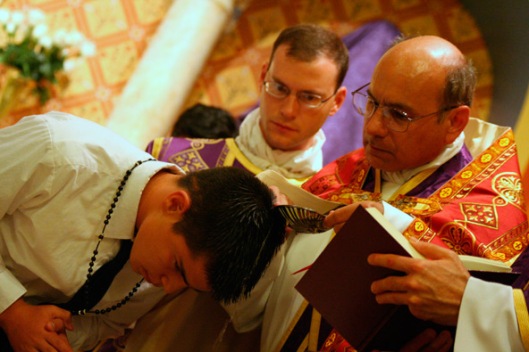 We are reminded by St. Francis de Sales “Friendships begun in this world will be taken up again, never to be broken off.”

A priest lays down his life for Christ and the Catholic faithful. Father Walker truly gave his life. We will always remember him.

We will miss you, Father. 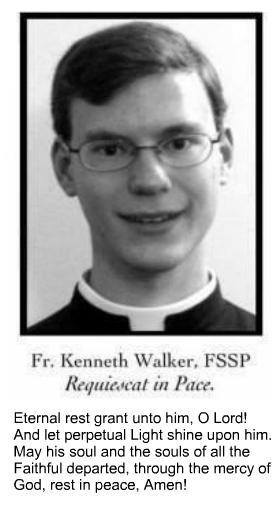 A beautiful tribute to Father by his classmates here.

Letter of the Superior General regarding the death of Rev. Kenneth Walker, FSSP here

Father Walker was a priest “without guile”.  Requiem Mass sermon.