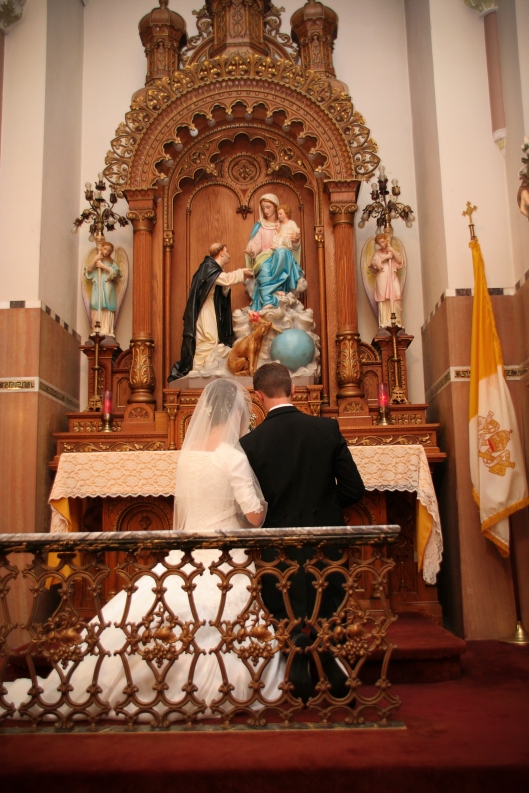 Everyone has heard, I am sure, the story of the elderly lady who, when the newly engaged girl came dashing in radiantly happy to announce her engagement, kissed her gently on the cheek and said, with a slow shake of her head, “My dear, you are very brave.”

That particular lady belonged, it is true, to another generation; her attitude was nevertheless distinctly modern. For to be in the fashion one must be more or less despairful about marriage.

All our best writers are. Our best-selling novelist writes his yarn about the fiasco his hero and heroine made of what everyone knew to be a love match.

Our widely discussed dramatist makes the slavery of wives and the restless bondage of husbands his favorite theme. Our syndicated writers ask themselves the question, “Is marriage a failure?” and answer with an unequivocal yes.

And where our writers leave off, our judges in the divorce courts or on the juvenile bench begin, burying marriage under an avalanche of disapproval. All of which goes to show that the most astonishing disbelief in marriage has crept into modern life.

People continue to marry as gaily and as lightheartedly as ever, but one widely read author explains that simply enough. Nature, he says, with cruel and purposeful guile tricks unsuspecting young people, through moonlight and the perfume of June roses, dreamy music and bewitching eyes, soft flesh and the transient glory of blond hair, into an unnatural and horrible state that no two persons in their right minds could be driven with lashes to embrace.

That is, of course, only an expansion of the advice of that cynic, Punch, to those about to get married—”Don’t!”

Who Believes in Marriage?

“Does anyone nowadays believe in marriage as an institution?” youth naturally asks. Is the beautiful thing called love only a trick to lure victims into a rocky path that leads to the divorce courts? Has no one a good word to say for marriage or love?

That sane and considerate mother of the human race, the Catholic Church, after almost twenty centuries of experience with marriage as an institution, still cherishes it as one of Christ’s special Sacraments, a sacred and beautiful thing. Around marriage the Church throws all the beauty of exquisite ritual and ceremony.

The gates of the Communion rail are opened; the bride, dressed in the white of a virgin, is granted the privilege of entering into the very sanctuary; the priest, in his most beautiful vestments, leads the bride and the groom to the foot of God’s altar; Mass is said for them; the Christ who honored the wedding feast of Cana is brought down from heaven to bless them; the Benediction which God poured out upon the holy couples of the Old Law is invoked upon them; and they go forth from the church with special sacramental grace in their souls to make their new lives holy, happy, rich in God’s favor and in hope for the future.

The Church, which begins the life of a priest with the Mass of his ordination and receives the vows of its nuns before the altar, gives to the bridal couple as they start their married life the same high privileges.

Marriage is so sacred that it can properly begin only at the altar. It is so beautiful that Christ can be invited to be the first guest at every Catholic wedding.

The Church believes so intensely in the importance of marriage for the human race that the contract is signed and sealed with the sacramental blood of Jesus our Savior.

For the Church remembers that St. Paul, who is often quoted for one phrase, “It is better to marry than to burn,” paid to marriage the final compliment when he compared the union of a husband and wife to the union of Christ and His Church.

“Husbands,” he writes to the Ephesians, “love your wives as Christ also loved the Church and delivered Himself up for it .. . He that loveth his wife loveth himself. For no man ever hateth his own flesh, but nourisheth and cherisheth it, as also Christ doth the Church . .. This is a great Sacrament; but I speak in Christ and in the Church.” (Eph es. V, 22-23.)

No higher compliment can be paid to ma-riage. It is a sacred union comparable to the union of Christ with His Church. The love that binds a husband and wife should have a tenderness like that of Christ, who died so willingly for the Church He had established.

The unbreakable character of marriage is the same as that of the union which binds Christ to His Church all days even to the end of the world.

The Christians whom St. Paul was addressing had heard from the lips of those who had walked with the merciful Christ through the highways of Judea of the astounding love that Christ had shown for the Church in His miracles, sacraments, promises, and death.

So they must have looked on marriage with a reverent awe when they heard the stern Apostle compare the love of husband and wife to the love of Christ for His Church.

So to Catholics marriage is a Sacrament, symbolizing beautifully in the love of husband and wife the tenderness with which Christ regarded His spouse, the Church.

While to others marriage may become a mere civil contract as prosaic as the making of a will or the taking of a partner into one’s grocery business, to Catholics it is a holy thing, a contract that Christ has transformed into a channel of untold grace for mankind, the Catholic Church believes firmly in the possibilities of so sacred an institution.

And never far from the mind of the Church is the remembrance of the Madonna holding against her heart her infant Son; or that other memory of the Holy Family, the “blessed trinity” of earth, Joseph, Mary, and the child Jesus, setting the world the pattern of happiness in the home.

In every bride the Church sees a potential Madonna who will mother God’s little ones against her heart. In every bridegroom it sees another Joseph. And when together the young couple build their little home, the Church prays that it will become another Holy House of Nazareth. 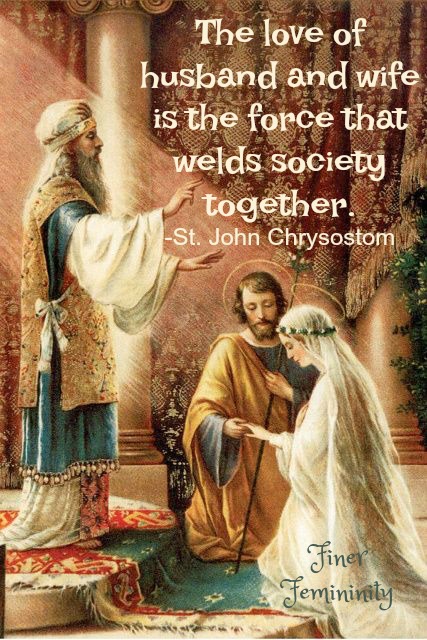 “The desired wife has developed her personality before marriage and continues that development during marriage. By personality here I mean beauty of soul and all those qualities and accomplishments which go to make a person interesting and sought after. Personality will carry a girl a great deal further in life than physical beauty. In fact, without personality, beauty often tires one in married life. Some girls are born with physical beauty. None are born with personality. They must develop and cultivate it all the days of their lives.” – Fr. Leo Kinsella, The Wife Desired, 1950’s 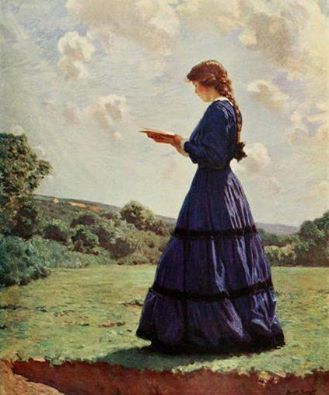 A very valuable book for the guys plucked out of the past and reprinted. It was written in 1894 by Fr. Bernard O’Reilly and the words on the pages will stir the hearts of the men to rise to virtue and chivalry…. Beautifully and eloquently written!

A very beautiful book, worthy of our attention. In it, you will find many pearls of wisdom for a woman striving to be the heart of the home, an inspiration to all who cross her path. You will be inspired to reconsider the importance of your role of wife and mother! Written by Rev. Bernard O’Reilly in 1894, the treasures found within its pages ring true and remain timeless…